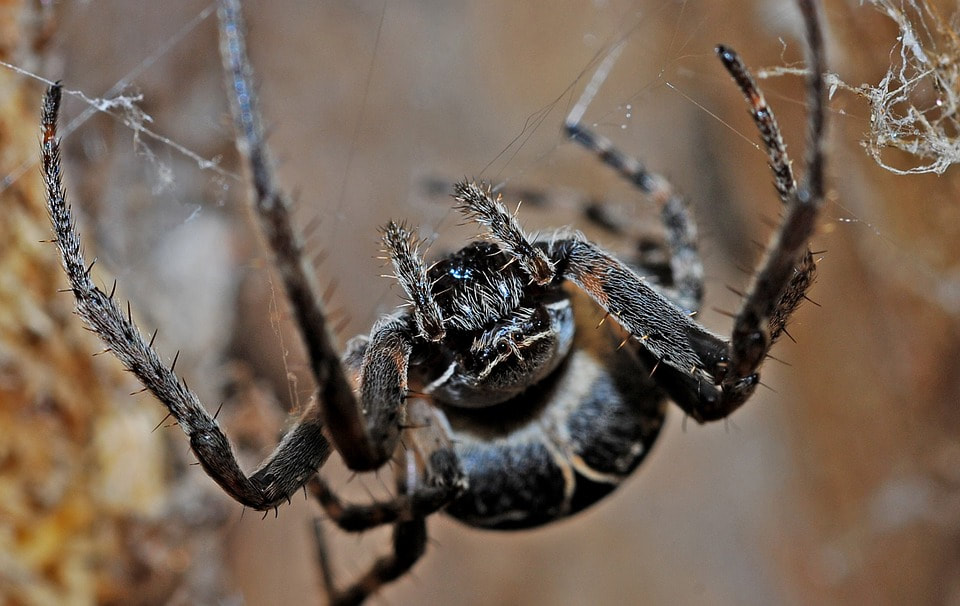 Let’s face it – spiders are an unfavorable sight no matter where you see ‘em. Arachnophobia is something we all have to some extent.

But do we over-exaggerate or are spiders something to be truly afraid of?

Well, depends on which creepy crawly you face and where.

Seeing an 8-legged monster while taking a bath or the very fact that you may have one under your bed may surely send shivers down your spine.
​
But  it may actually be quite beneficial to have a small bunch of spiders in your garden. 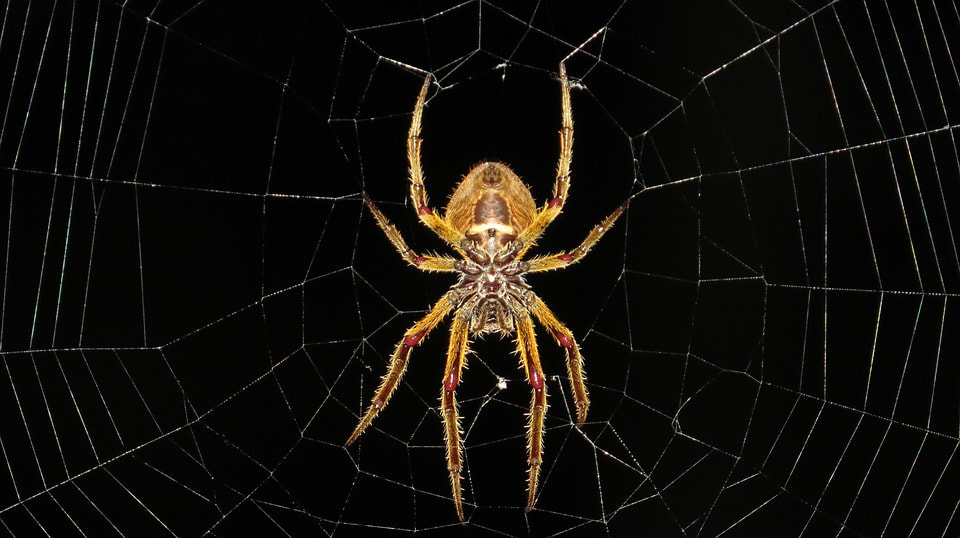 Spiders may be an unpleasant sight inside the house, but they actually do much good to your garden.
As natural carnivorous predators, spiders kill out and eat other insects and bugs that are feeding on your crops and keep everything in balance.
Despite our fears, spiders are mostly friendly to humans and won’t attack for any reason. Unless being squashed or if you try meddling with their web homes, that is.
Even venomous species will in some cases only apply an alarming bite, as to make you pull away.
Just like with any other insect species, situations with spiders may get out of control if infestation occurs, so it’s best to contact your local pest control service. Let us have a look at some common species of spiders in Nevada. 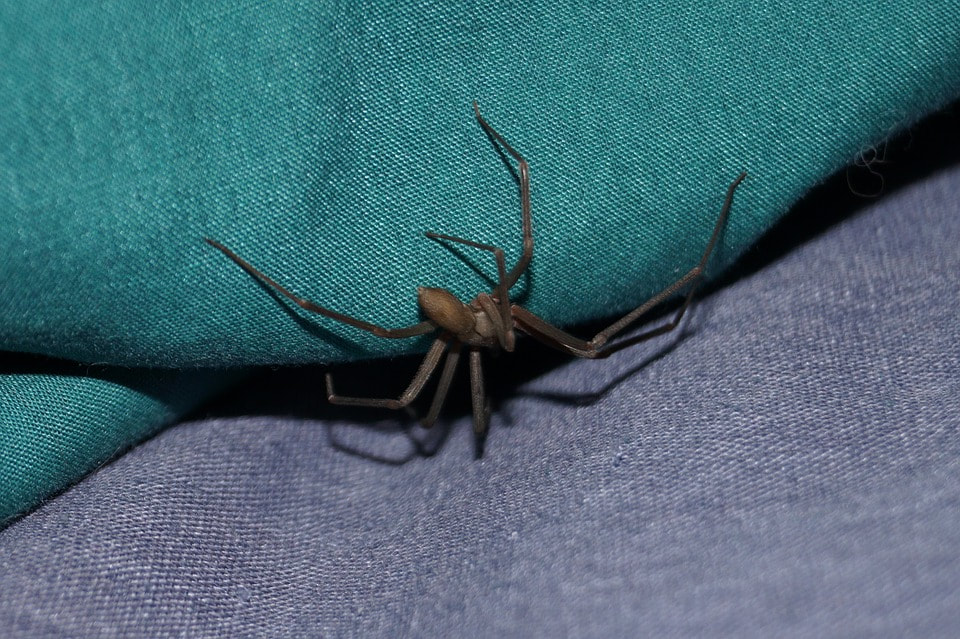 Although Nevada has a lot of diversity, let’s mention some of the most common spiders species you may stumble upon in your garden:

Brown recluses are easily identifiable by their violin shaped dark brown backs. Although not aggressive, brown recluses will bite when unintentionally squashed.

Their neurotoxic venom isn’t deadly but may cause a serious reaction if you’re allergic. These spiders are great hunters.

They will usually live in dark areas and wood piles in the garden, but you wouldn’t want them in your home. 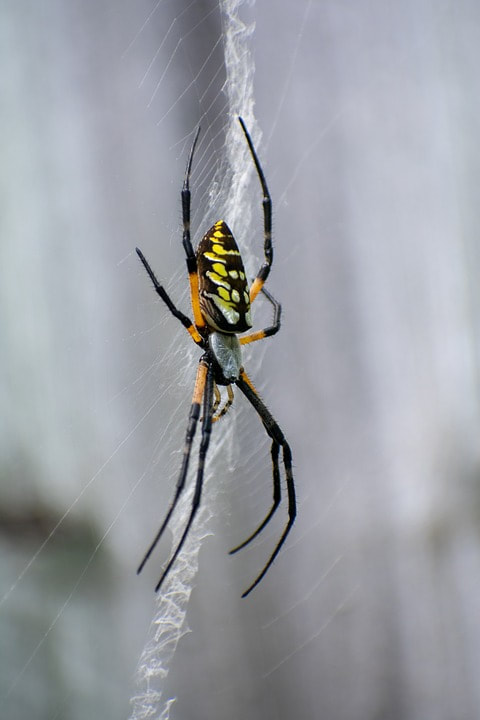 As their name suggests, these spiders will almost certainly hang out in your garden.

Although they look menacing, these spiders are completely peaceful and will bite only when afraid for life.

​Garden spiders weave their webs in sunny places, which ensures a steady influx of flying insects.

​This makes them beneficial for maintaining balance. If your garden provides them with enough food, they may consider living there throughout the year. 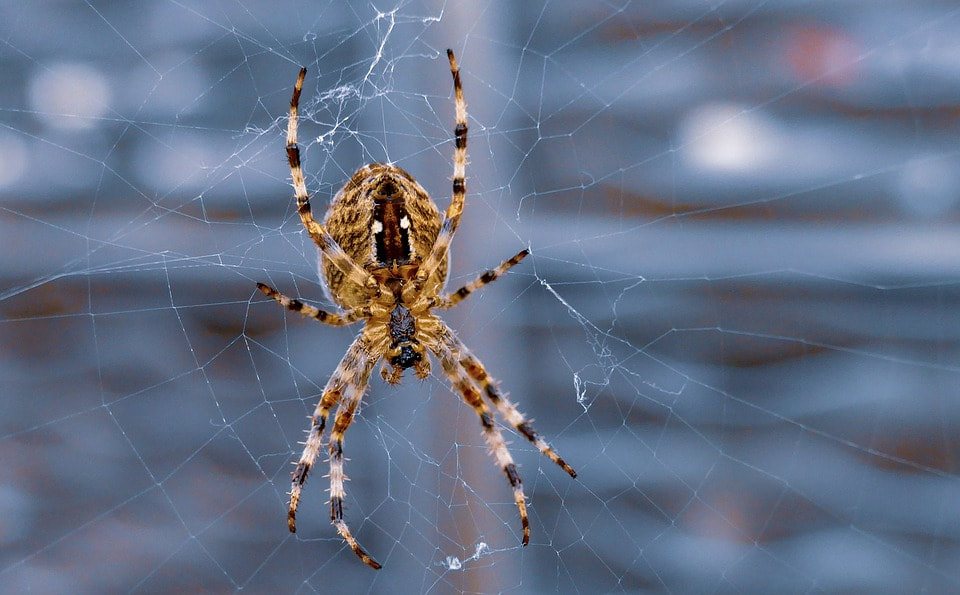 Hobo spiders got their name because of their wanderlust. They have no preferred spot to stay and they won’t weave their webs mid-air.

Instead, hobo spiders build tunnel-like structures in crevices, such as stone fences and can even be found in basements.

Although they are good hunters, they can also be found in any random place which makes them unwanted.

​Their bite isn’t venomous, but it’s for the best to get rid of these, especially if you notice there are more than a couple. 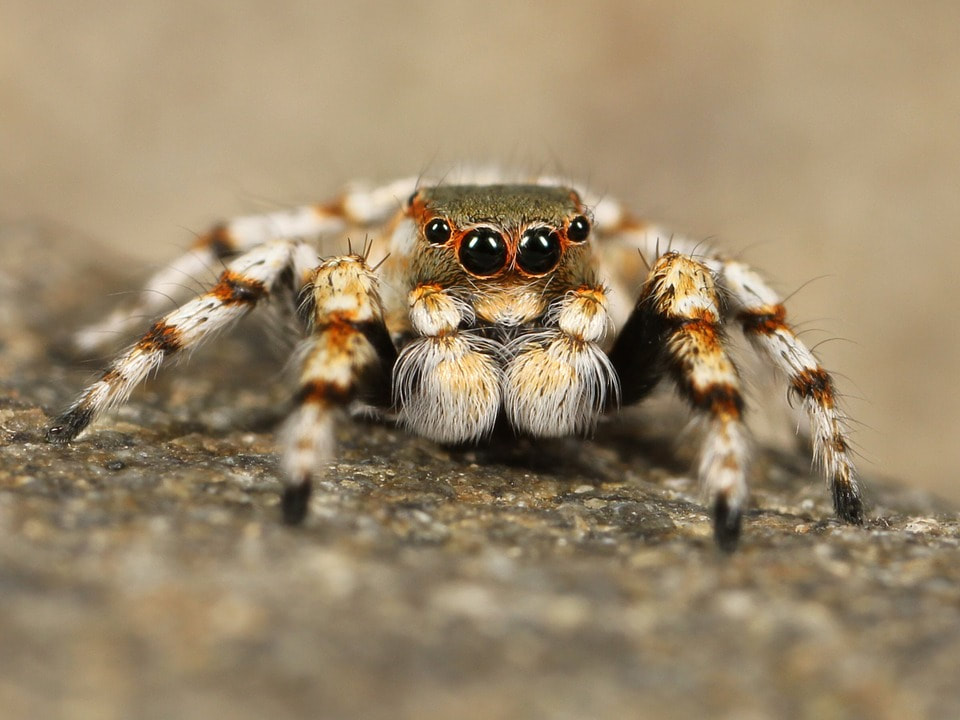 Out of all spiders, jumping spiders may provoke more shivers than any other species.

Jumping spiders are extremely fast and reactant to movements and can jump their way towards any threat.

Despite their speed, jumpers are commonly mistaken for black widows, because of their compact small bodies.

​Their bite isn’t venomous but may initiate itching and irritation. Jumping spiders hang mostly on your windows while they wait for the next bug to come along. 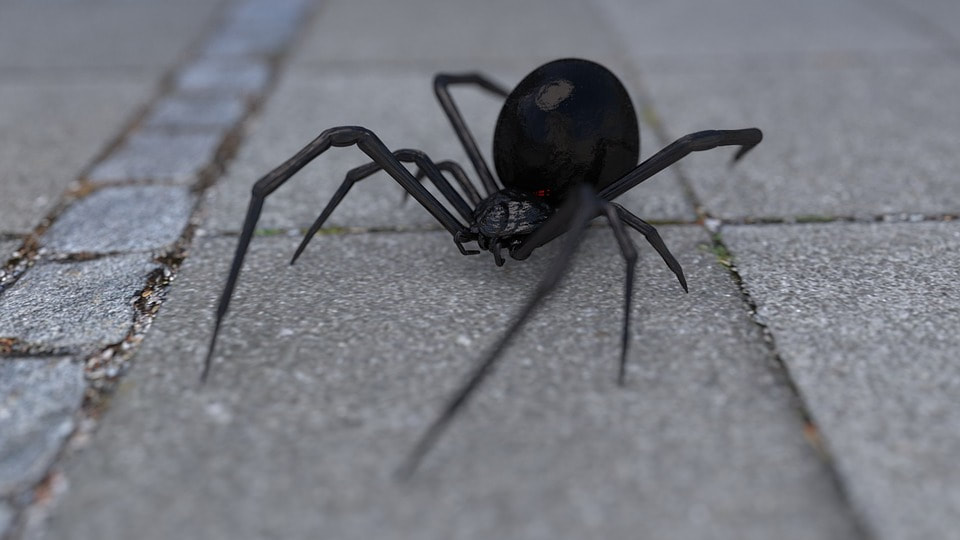 Now, here’s something straight from a nightmare.

Black Widow spiders are considered to be most venomous spider species in all of North America – their poison is more potent than one of the prairie rattlesnake.

Mind you, only the females are dangerous to humans.

Nevertheless, black widows are the reason you might want to be going about in your garden with protective clothing and gloves.

To keep black widows at bay, the best thing to do is to keep your garden neat, free from trash, tall grass and shrubs. 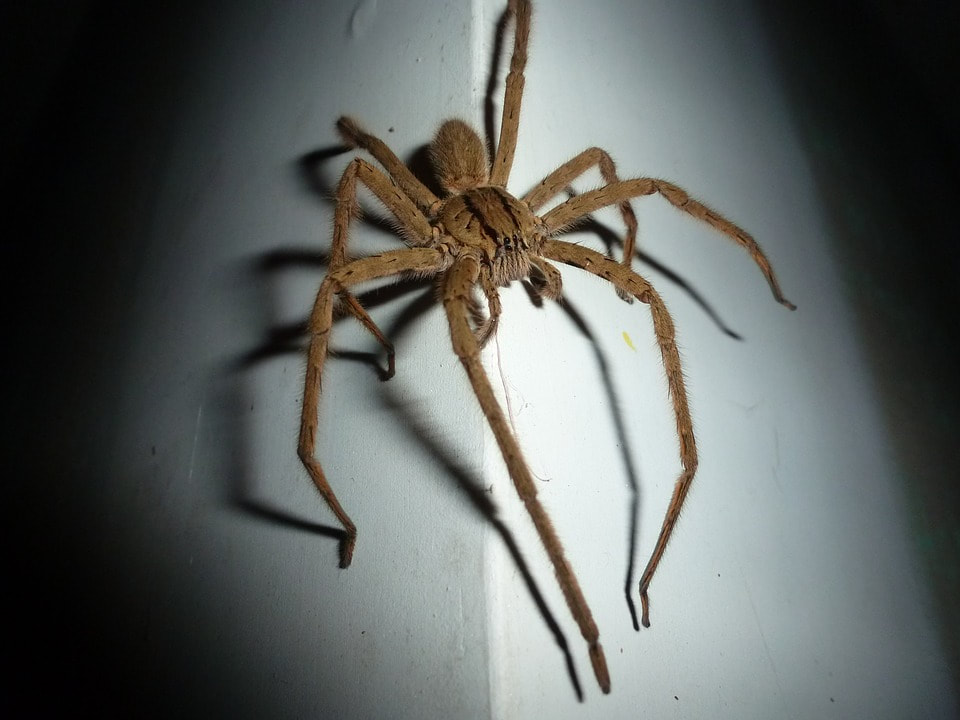 The wolf spider is most commonly mistaken for a tarantula, due to its size.

Wolf spiders are most commonly brown and big, their legs stretching up to 8 inches. As active hunters, they’ll do your garden much good and will usually occupy ground levels in the garden.

Although they pose no threat and will seldom enter the house, it’s best to keep their population under control.

This can be done by leaving only a couple of grassy areas untreated and untrimmed, filled with heavy debris and rocks.

​Preferably, away from the home that is! 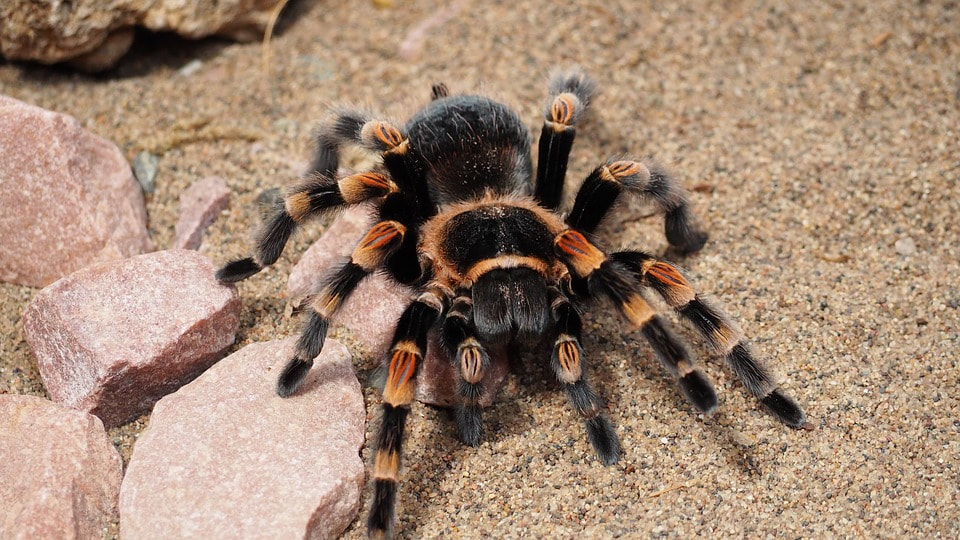 While all spiders species won’t be aggressive towards humans (we’re just too big to be considered a prey), dealing with infestation and overpopulation can lead to a lot of trouble, due to the rising number of interactions.

​So keep your spiders in check, admire them from a distance, and enjoy your gardening!