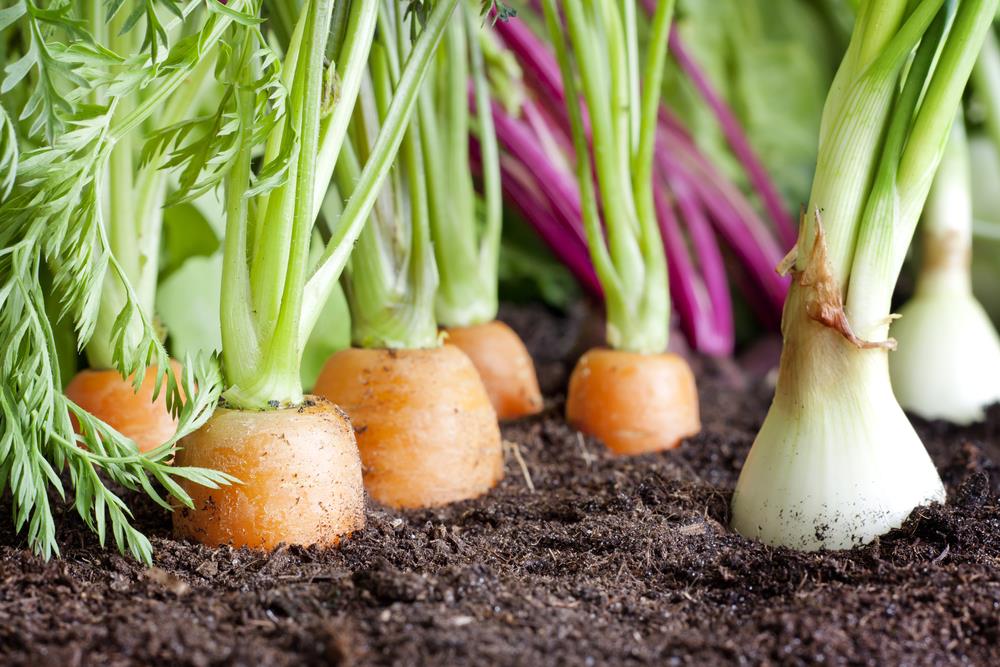 No wonder Veggie Tales is so popular. Vegetables really are just like people. Some are givers. Others are takers. And you have to deal with both types. Tomatoes…they are just one example of the takers who heavily feed on the soil and deplete it of nutrients. This is a huge problem for Tom and I because we have planted our tomatoes in the same garden spot for the past four years. We spent over $500 for our raised bed topsoil. By planting in the same location; we are depleting this soil. It’s time to get serious about crop rotation! But first, we have to learn about which veggies are the givers who rejuvenate the soil and which are the takers, the ones that leach it. Even though I rotate mostly over soil fertility concerns, I also do so to thwart pests, weeds, and disease. Rotating your crops also equals healthier plants and better yield. So raise your hand and take this oath. “I promise not to plant the same veggies in the same spot year every year.” ​Let’s get started!
There’s two ways to give crop rotation a whirl:

1.) You can plant crops according to individual vegetable families. (most common technique)

2.) You can plant crops based on the nutritional needs of these plants. (soil fertility) 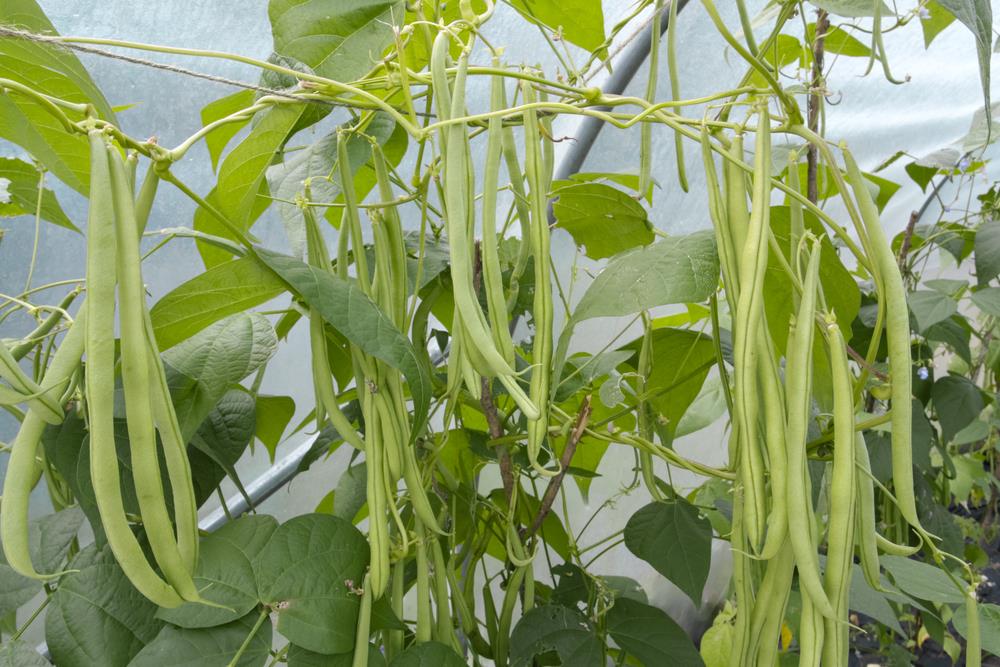 I try to incorporate both concepts to whatever extent I can with always a strong focus on soil depletion. Regardless of the method you choose, I sure hope you have lots of beans and peas in your family. They are the givers. They add nitrogen to the soil giving it a big boost! Yes, there are way more takers than givers. But that’s true of every family….right? So my advice is, space out the takers. Don’t put the same ones in the same garden or row each year.

Tip: For crop rotation to work, the same plant should not be grown within a radius of 10 ft. in successive years from the spot where it was previously planted.

​It’s kind of like Thanksgiving dinner. You don’t seat the same difficult people next to each other year after year. Sure, it would be nice to have a few more Aunt Irene’s and Uncle Al’s who easily gel with anyone, but still, you got to work with what you have! (The 10 foot rule works really well with squirrely relatives as well, test it and you will see instant results).

Just like people, vegetables have specific families to which they belong. Members of the same family tend to attract the same pests and be more prone to the same diseases. Does blight and flea beetles attacking your tomato and potato crops come to mind? Bleh.

In many cases, the offspring of these pests or the bacteria that cause these diseases can be found in the soil. You’re giving the pests and diseases the slip by outsmarting them when you unexpectedly change locations. 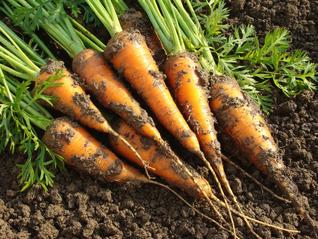 Carrot family: Includes parsley, celery, carrots, dill, cilantro, fennel, parsnips and coriander. Moderate feeders; precede with any plant family. Follow with peas family.
Take home message: You’re probably going to have to plant a few “takers” or heavy feeders in the same spot in a subsequent year. Just don’t keep planting the same ones. Example: planting tomatoes four years running in the same bed. After the second year, try to incorporate a few peas or beans in that space or give the location a complete break and plant nothing. Add lots of compost and organic matter and let the soil rest. Pick up planting the following year.
The below chart gives you the gist of how crop rotation works for our family using our three raised beds as the example.  It’s certainly not perfect, but we do our best! 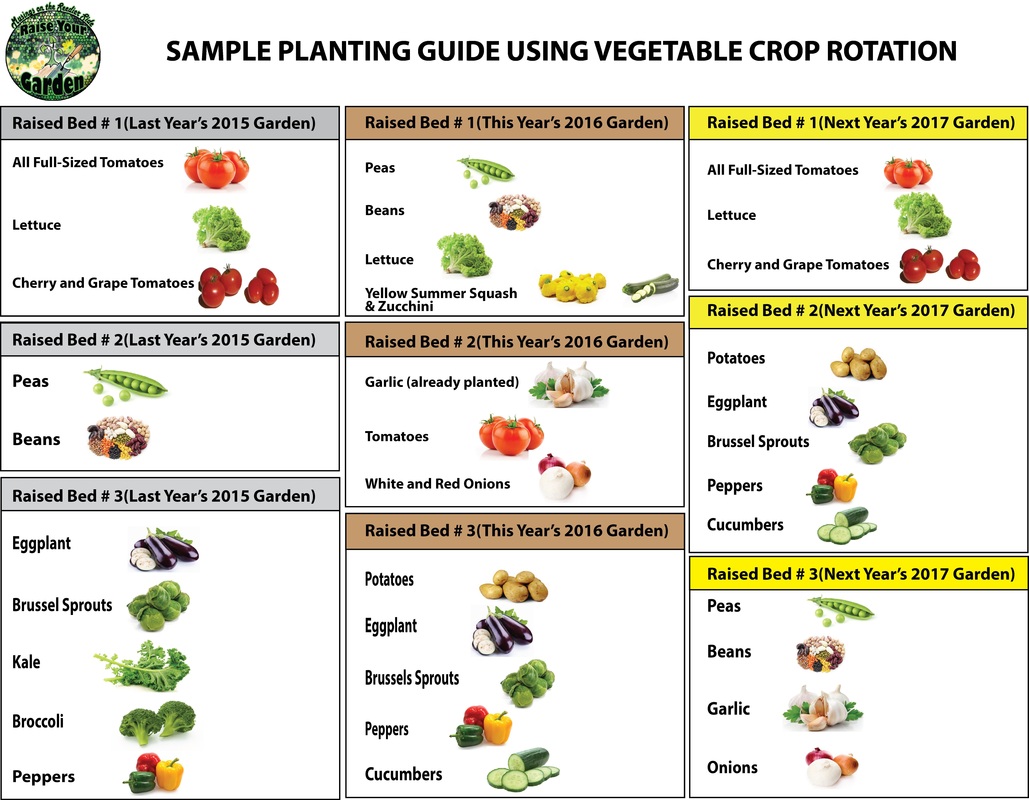 Do you rotate your crops? What do you mostly plant?
Previous Post: « Easy DIY Worm Tube or Worm Tower
Next Post: Top 10 essential herbs ~ Grow these now! »