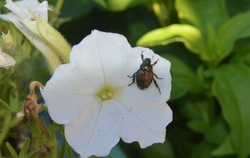 Farmers dump an organic pesticide called diatomaceous earth, basically fossilized remains of marine phytoplankton over their grains to keep the bugs out. Diatomaceous earth kills bugs. Bugs with hard shells like fleas, ants, bed bugs, Japanese beetles and flea beetles. Slugs and snails don’t like it either because when they slither and slink across it the DE acts like bits of shard glass. Shard cuts them up. Powderized eggshells work just like DE! And eggshells are organic and free. 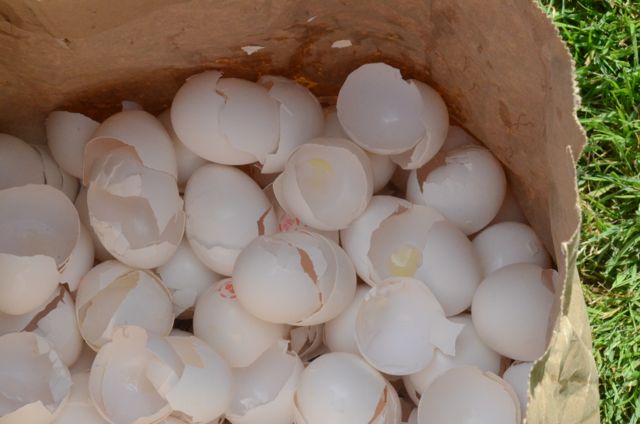 I saved my eggshells for several weeks in an old Olive Garden brown paper bag. Yes, takeout again! This lets the eggshells dry out before you crush them. It’s critical the eggshells are bone dry before moving onto the next step. I’d give it at least 4-6 days of drying time. Moisture, even morning dew can make DE an ineffective pest control method. Dry is key! 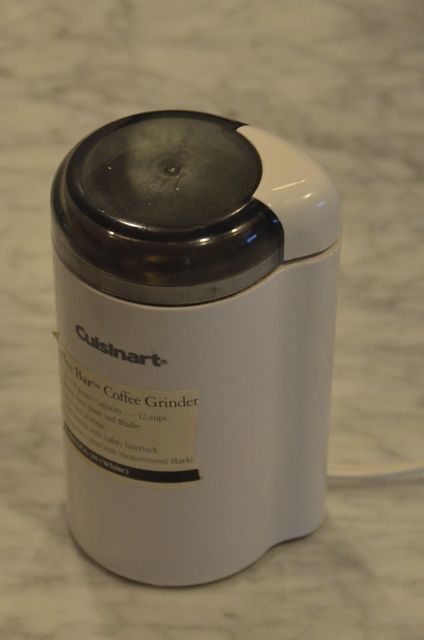 When shells are dry, locate your coffee grinder. {C’mon, you hardly ever use it ever since you got a Keurig}. I broke up the shells a bit with my hand first and then placed about five shells worth into my grinder. I pulverized the shells into a fine white powder and poured the contents into an airtight container. I just used an old cored pineapple container from the grocery store. Keep grinding and dumping until you’ve finished with all your eggshells. If you’ve saved several dozen eggshells which hopefully you have, you’ll have enough organic pest control for the rest of summer right into Fall. You could also use a Ninja or any other type of food processor you  have instead of a coffee grinder. You’ll get the job done quicker. But the particles do tend to be bigger if done this way, and I like the eggshells to be pulverized! 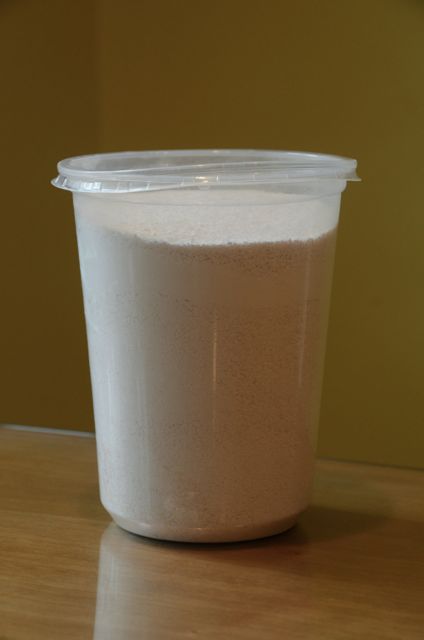 You can use your crushed eggshells right away in the garden. Just liberally sprinkle over plants like basil and roses that the Japanese beetles are devouring. Watch it work its magic. They won’t die instantly, but they’ll squirm and writher around, and in time, will perish. Continue to sprinkle on and around plants as a deterrent to other pesky bugs. Reapply after a heavy rain. 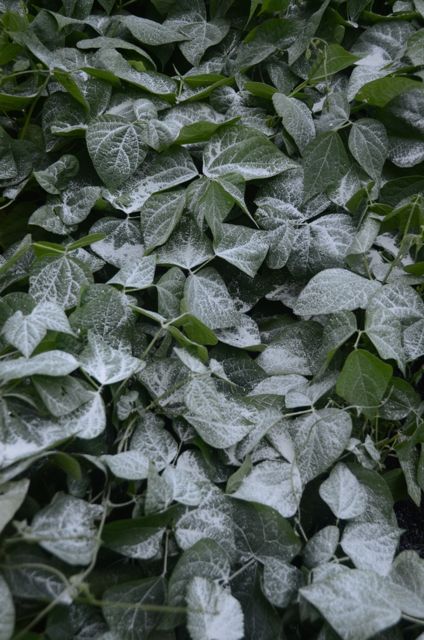 And I am seriously considering sprinkling this stuff in my bed next time I stay in a hotel. I just about always get eaten alive by beg bugs in hotels, no matter how many stars or how high-end the hotel is. I’m even tempted to sprinkle some of the powder on my pets to deter flees. Can it really be worse than the chemicals I use on them? Doubt it. Actually DE or eggshells is really bad for bugs with exoskeletons, but for mammals is just fine. You can eat it because it’s harmless to us, but if you do it’s kind of weird.

Let me know if you’ve tried eggshells as an organic pest control or if you think you will in the future! I’m already pleased with the results.