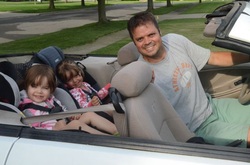 Twenty years ago my life was altered forever. I was playing street hockey with my two older brothers and a few friends.

I was reaching for the ball with my stick and suddenly… Ahhh. Agony.  I grabbed my face. Older brother, “you’re fine you just got hit in the face so stop being such a baby.” Being the youngest of three boys, this is just expected.  Always getting picked on and sustaining most injuries. Okay, enough with the drama. It’s just a tooth… but is it? See, I had to get a root canal and then the dentist placed a fake one over top of the real one. But this wasn’t going to fix the problem for the long-term. I was about 10 when it happened and am still dealing with this same tooth as an adult.

A few weeks ago while teaching a lacrosse class (I’m a physical education teacher, remember?) I felt my fake tooth loosen up. Then when I was explaining something to the class, whosh…there it went. It flew out of my mouth- whizzed past a few kid’s and landed on the grass. If that wasn’t bad enough this was a whole class of girls. I mean if I were teaching guys when it happened, no biggie. “Cool. Mr. Sproull must have been a fight once.” Girls? Squeals of gross, running around in circles screaming “ewww”. 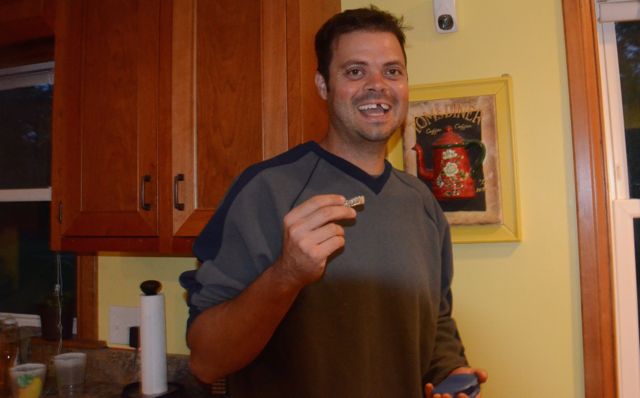 I know, with all the world tragedies  and things to lose sleep over a tooth shouldn’t be one of them. Like it or not our society has ingrained it into our heads that looks matter and it’s hard not to be a little subconscious when I had a tooth that might pop out at any time.

Last Thursday was the day the dentist put in phase three the “real” tooth. As I ate dinner that night my daughter Emma was smiling from ear to ear “dad you can eat dinner with all your teeth!” Yes I had what looked like a mouthpiece attached to a fake tooth that I had to take out every time I eat for the past nine months. This has been especially fun when we’ve gone out to eat. I honestly feel like the server was giving me a bonus spin because they felt sorry for me, like I never even had a tooth in the first place and had no intention of fixing it. Ever. Oh well. I like a deal.

But it’s fixed forever now. Hopefully. Even though my co-worker predicts it’ll fall out before October. Boy, I hope not!