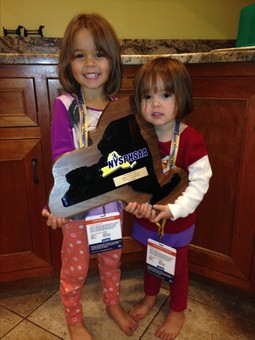 This fall I had the privilege of coaching and being part of winning the New York State Volleyball Championship. In the last ten years I have coached boy’s and girl’s in soccer, basketball, lacrosse, swimming, track and field and of course volleyball. I have personally witnessed, read and seen in the media numerous players, coaches and parents do hurtful, shameful and disgusting things in the name of sports. Those involved in sports are participating in what is essentially supposed to be a fun activity.  A co-worker said sports is like playing a “game” in the “big game” of life.
Intentionally Losing
A couple of weeks ago, I read how two high school girls basketball teams, (Riverdale and Smyrna) in Tennessee intentionally sabotaged the game by trying to lose. It was so bad that one girl tried to score in her own basket. Why? It was in the teams best interest to lose because a lower seat would actually give them an advantage in the playoffs. They were then banned from post season competition. The coach’s and players involved should have been embarrassed.

Hazing
My wife graduated from Wilson High School. Just a small country school with overall nice kids in a tight knit community. In 2007 there was a hazing incident that took place on a 30 minute bus ride that rocked this tiny community with small town values. The details of what happened on this bus ride are just to horrific to share. And we were all shocked, it made the national news.  Here’s the ESPN article. A Town Torn Apart

Some view small offenses as harmless “kids just having fun.” Hazing is just plain wrong from the freshman kid having to carry the water jug all the way up to forcing someone to fight another teammate. And even worse…what happened in Wilson. If something like this can happen in Wilson, it can happen where you live, to your kids and to your grandkids.

Moving Schools
Parents are frequently moving out of state to provide “better” high school sport opportunities. Sometimes it starts simply because they don’t like the coach. Maybe they don’t get along with the other kid’s on the team. Maybe they’ve been duped into thinking it’s the only way they can get a scholarship. Whatever the reason people are actually moving because of high school sports. They’re willing to change careers, find a new job, sell their home and give up the security of established family and friends for a couple of silly games on the court.

Disrespecting your Opponent
In California a high school coach was suspended after his basketball team won 161-2. That’s correct 161-2! The winning coach did not start his non-starters until halftime when the score was already 104-1. Maybe it’s never a written rule, but in sports sometimes you should just do the right thing. This coach knew even before the game started that his team would win so what was the point of running up score to this extent?

There are coaches that tell kid’s not to play other sports so they can focus solely on the sport that they coach. What happened to encouraging kids to diversify? To stretch their wings? To learn something new? Nope. These coaches selfishly only care about themselves even though it has been proven that playing multiple sports in high school increases your chances of success on the next level.

You might be wondering why I coach. It’s because of all the positives that athletics can play in ones’ life. I didn’t always have positives ones as an athlete but I try to teach that the game is just another game in the big game of life. One of the greatest coaches in the history of the game is John Wooden who has had a major influence on my coaching philosophy. “Successes peace of mind which is a direct result of self-satisfaction in knowing you did your best to become the best that you are capable of becoming.”  Athlete’s should learn the value of hard work, friendship, loyalty, cooperation, condition, self-control and team spirit. These are just a few of the attributes that Wooden used in his “Pyramid of Success.”

At the end of the day, I believe sports should be a way to teach character and perseverance and yes, even be fun. Sadly, this just isn’t the way things are going and a trend that I’m afraid isn’t going to change until more people start taking notice.

What have you witnessed about high school sports?