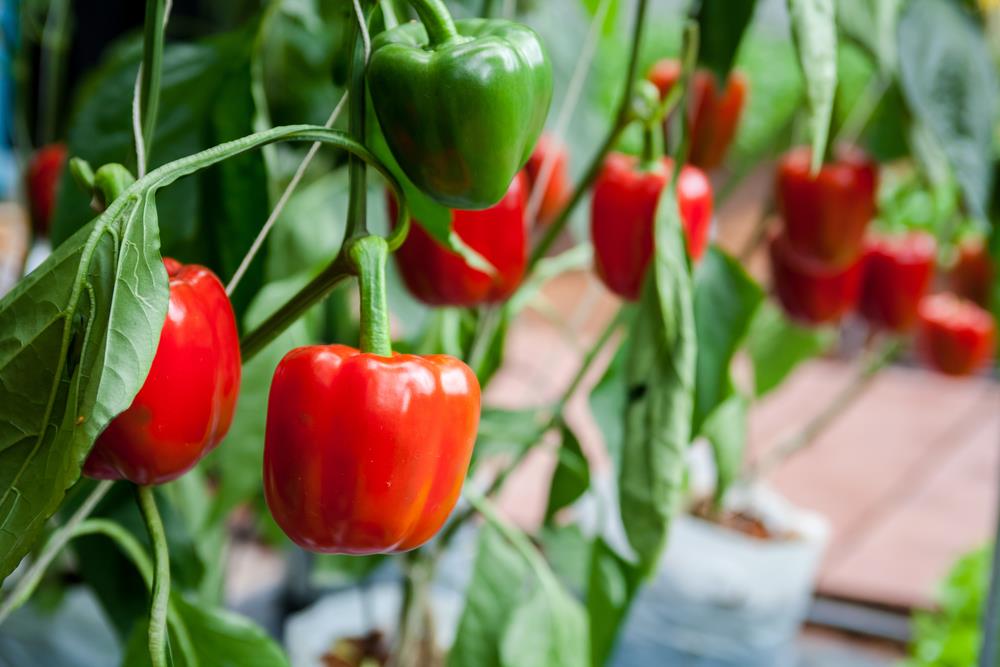 You know exactly what happened to Rapunzel’s mother.

Pregnant and desperate for greens, her husband was caught red-handed stealing those tempting rampion greens from the neighbors garden.

Unfortunately, the neighbor turned out to be a witch and the consequences were dire. The couple lost their firstborn child to the witch!

But that’s just a fairy tale. It doesn’t happen in real life. Wrong. It does.

And more often than you might think. Which begs the question: Have you ever stolen produce from the neighbors garden while they were gone? Have I? 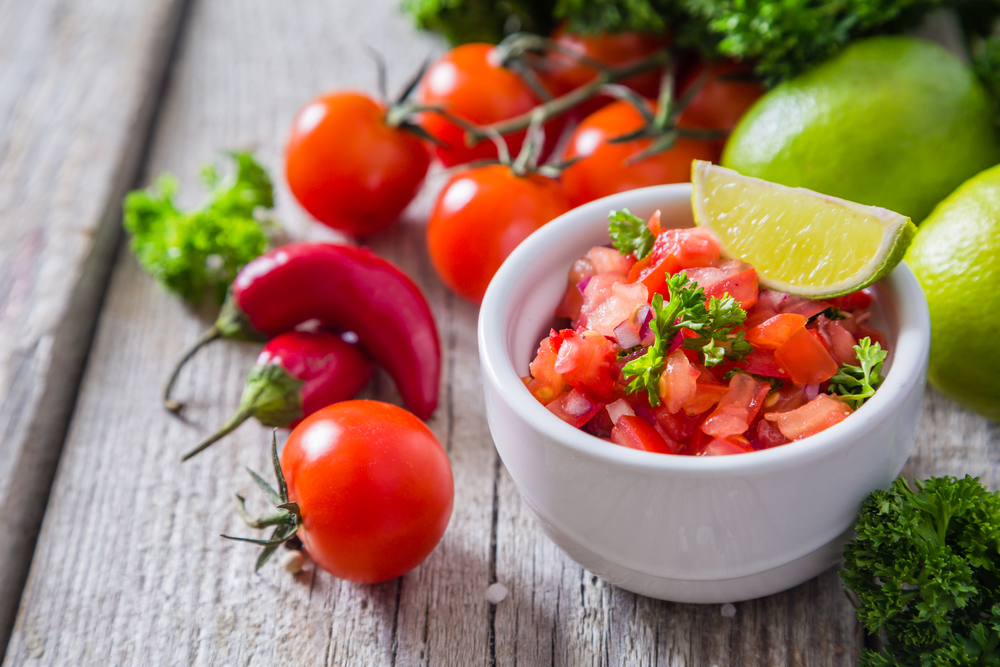 Rhetorical question, folks! Maybe they were on vacation, at work or picking the kids up from school.

And you needed a few tomatoes for the salad. Or a little fresh basil to season the pasta. Perhaps it was just a single green pepper you had to have for for salsa.

Regardless, you helped yourself figuring they wouldn’t mind. But it’s an idea we gardeners must consider. An ethical question, too.

After all, most people wouldn’t go to their neighbors house and take a grill, a pot or a chair moving to their lawn. So why is plucking produce any different?

But it happens all the time. It’s even happened to me! Here’s a few points to ponder about pillaging produce. And if you’re laughing right about now, I’m okay with that.

The root of the problem with garden theft… 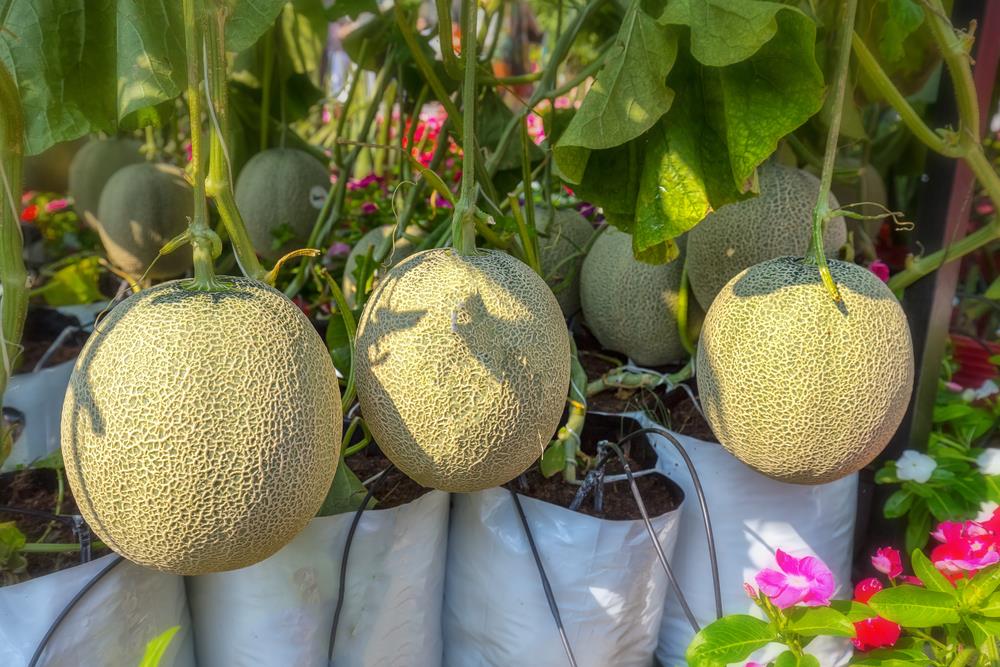 After all, just about anybody can have a garden and grow their own produce. We choose how to use our time. Some invest it in a garden, others don’t think a garden is worth the time. And they choose to buy or even hope their gardening neighbors throw them a bone.

It’s the choice bit that puzzles me. I’ve had people help themselves to produce in my garden later confessing to “borrowing produce.” I’m not sure how it’s considered borrowing since it can’t be given back. 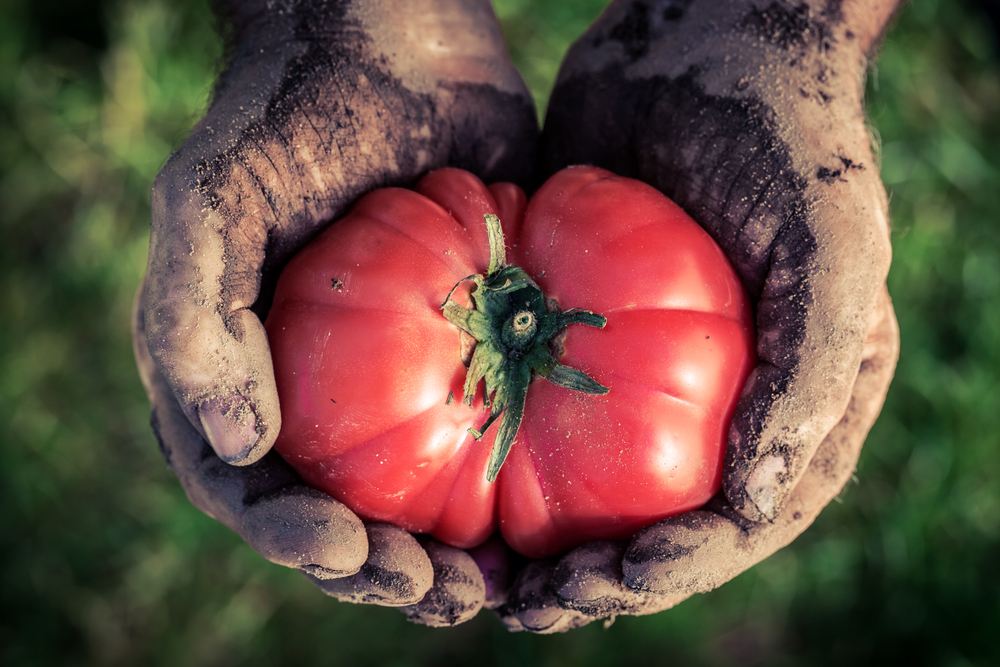 But I do like to choose where my excess produce goes; to whom and how much. It’s likely there was an actual plan for those extra tomatoes, a person in mind who I was going to give them to.

If they are plucked early and without my knowledge, I might not have any extra left to give to the person I had in mind.

And to level with you, I can’t stand the idea of people messing with my plants when I’m not around! You know tomatoes, they hate to have their leaves touched.

Non-gardeners aren’t aware of this and mangle my plants! This halts tomato production and the thief unknowingly also knocks more tomatoes and blooms off the plants, ultimately decreasing my supply for the long-term!

Who the fence is really for… 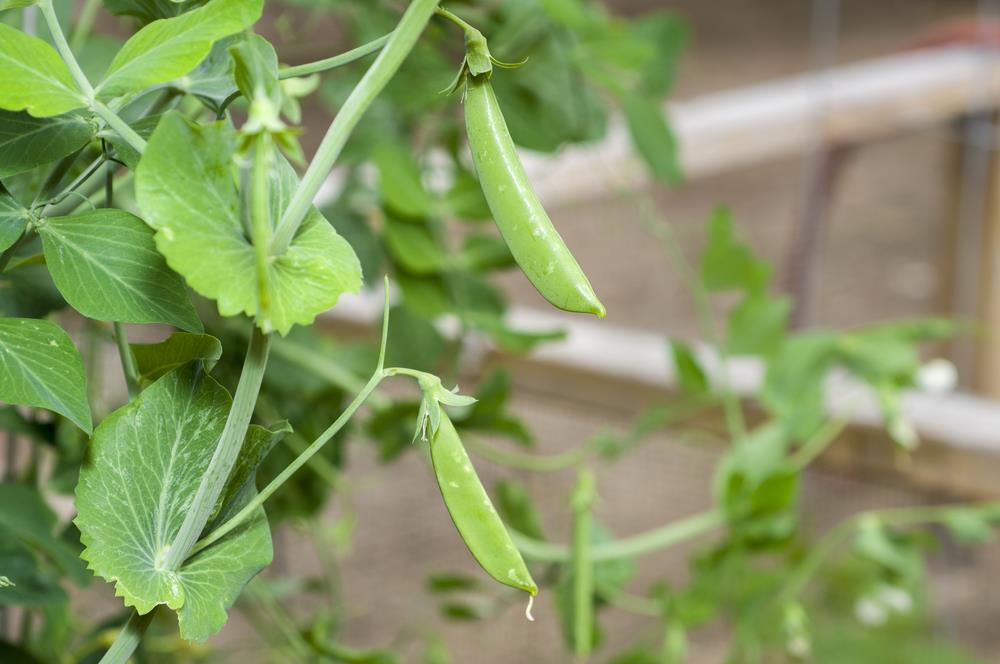 Tom and I have a four foot wire fence around our garden. It’s mostly for the deer. Mostly.

But I’m not afraid to make the argument that it’s equally powerful in keeping out our two-legged friends as well!

I can always use what I grow. So I’m never in a position that I would end up throwing away excess produce. We’ll just eat it. 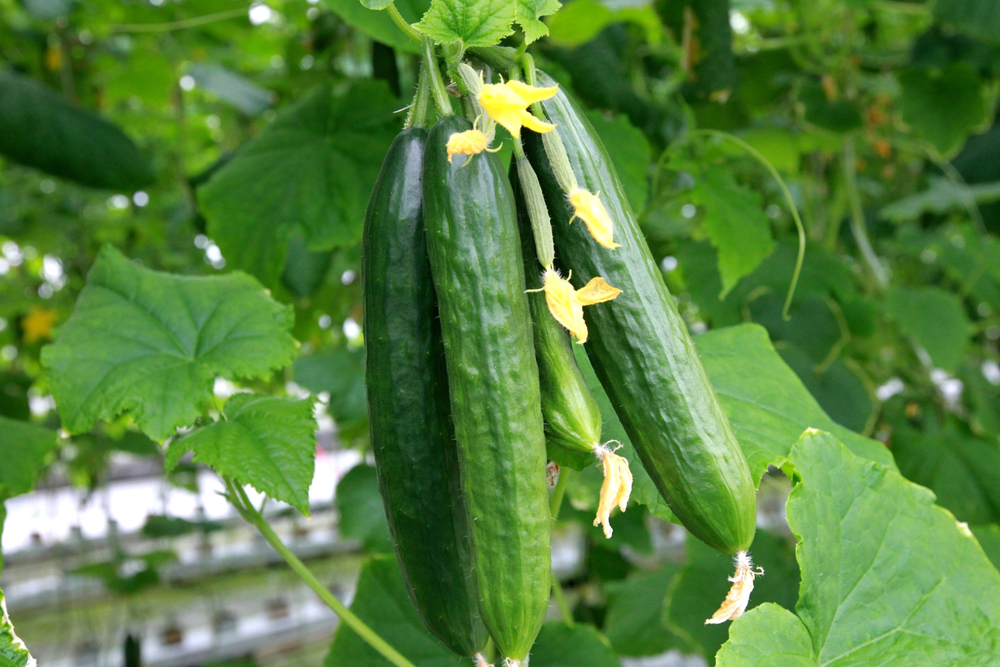 If that means eating three cucumbers in one day, so be it. We’re not the kind of family who wastes food.

Besides, you know exactly what produce costs these days, especially produce that is organically grown. We try to offset our grocery budget by growing most of the produce we eat for the summer and supplementing from roadside stands.

Vital for our family considering we eat mostly meat, vegetables and fruits. An expensive diet for sure! 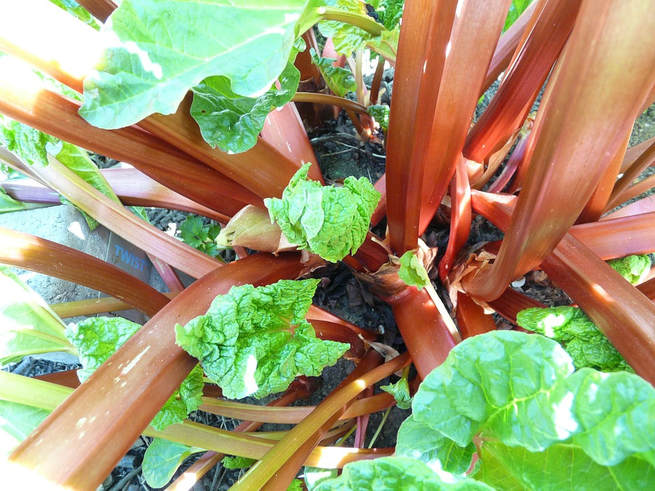 Both my parents and my in-laws have a place in a little lakefront community. At the top of the grounds is a communal area where anyone who so chooses can plant a garden.

The ground is fertile and plants do well. Just about any crop thrives and yields an enormous amount of produce for the gardener.

One passionate gardener who plants a vast garden always puts in rhubarb, a highly desired crop by many! Great to eat alone, cooked or raw, rhubarb works well in both sweet and savory dishes. Pies, tarts, jams, muffins, the possibilities with rhubarb are endless. 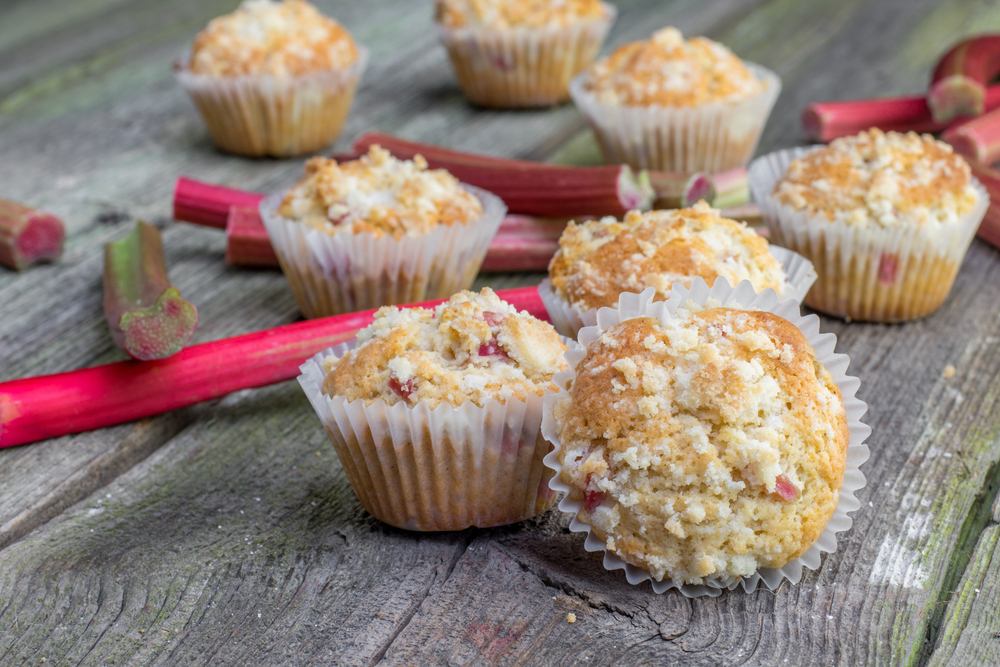 A “friend” of his who lives in this same small community “stole” some rhubarb in order to make a pie. Basically, he swiped it without asking his permission. They have been “friends” for years, making the theft okay, right?

Not so fast. I mean, the thief should have asked, right? Or am I missing something here? Bottom line? 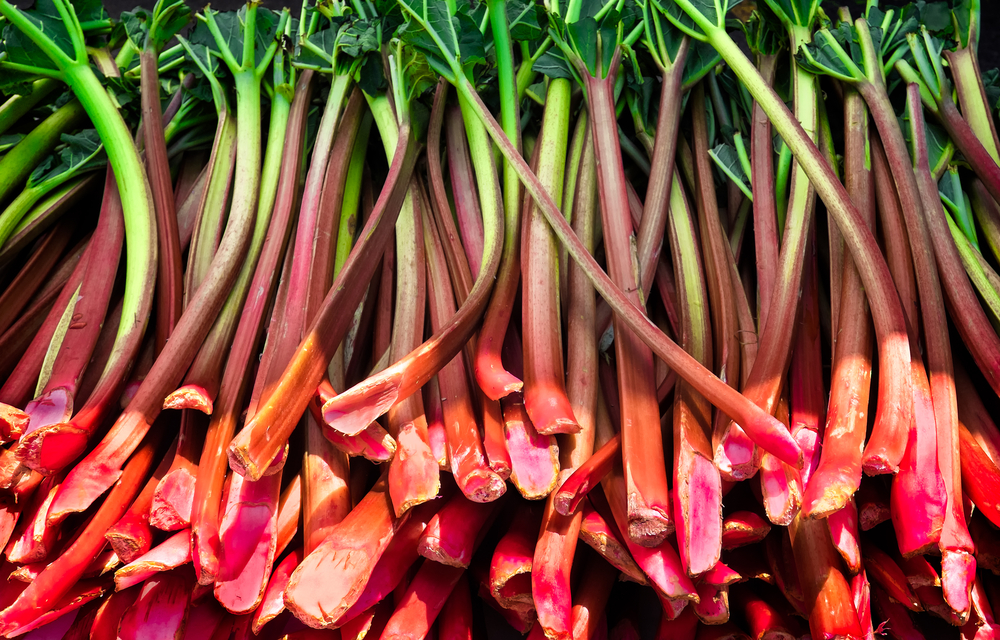 The thief wanted that rhubarb and was concerned his rhubarb growing friend would refuse his request. (And he very well might have.) So this man helped himself to the spoils of another person’s labor.

And in serious defense of the rhubarb grower, he’s a super healthy eater and uses most of what he grows. But he is also generous and willing to share the surplus, too! I have personally been blessed with fresh and organic garlic from him that I planted for my crop. 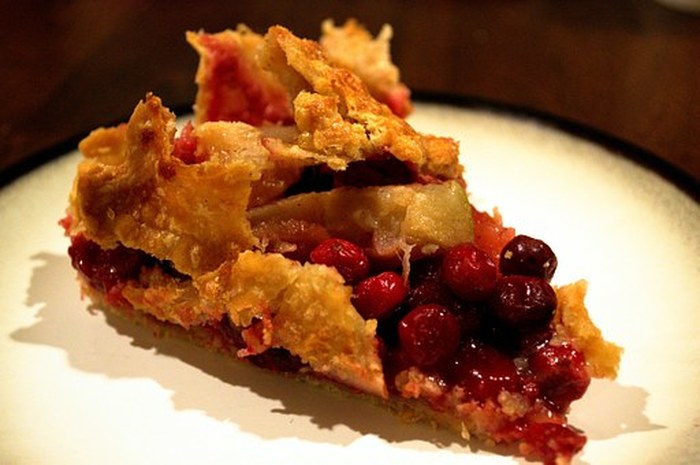 I’m laughing as I write this, but seriously, I don’t know what the deal is. But rhubarb seems to bring out the thief in all of us!

So year after year, the neighbors helped themselves to the rhubarb figuring it wouldn’t get used. Everyone wants rhubarb for pie.

But then my parents moved in. The neighbors continued to help themselves to the rhubarb growing on my parents property.

They never asked, they just took it. True, my parents didn’t plant the rhubarb, but they enjoy it, and it is their property. It seems asking would be the proper thing to do! 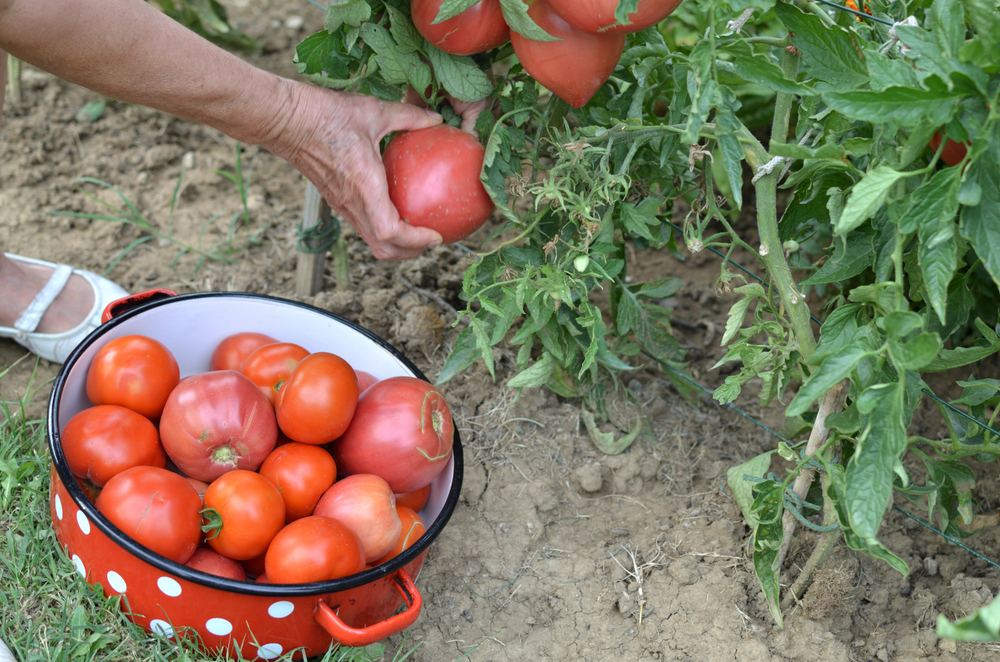 I’ve also have begun to wonder if there’s levels of wrongdoing when it comes to stealing produce.

I mean, is snipping a few herbs the same as hauling away a half bushel of tomatoes from a neighbors yard?

One offense seems much worse than the other. If a person takes one pepper for a  salad but leaves me the other six in my garden, then I won’t sweat over it.

But if that same person swiped all seven peppers then I’m downright upset! 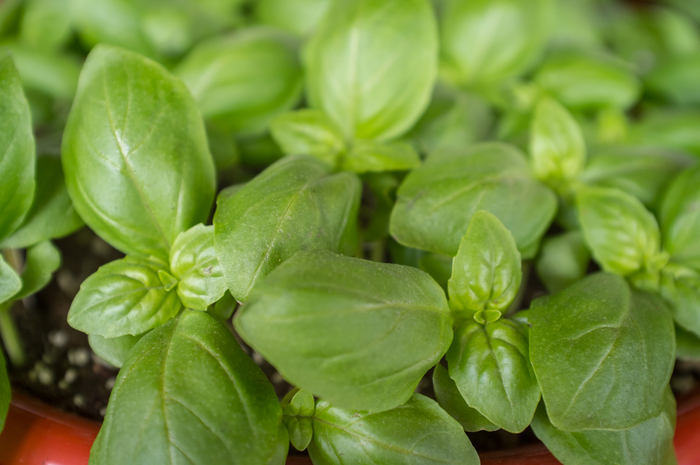 Some years I’ve planted so much basil that there was a plethora for sharing. So if someone came a pluck a few stems, no problem. Especially if I was out of town and it wouldn’t get used anyhow.

But if I came home to find all the basil gone because they had dried it for winter use, I might not be too happy.

To me, the amount does matter! But I suppose from an ethical stance, stealing is stealing. After all, no one would think to show up to a farmer’s market and just help themselves.

And most people have enough scruples to leave money at a roadside stand where there is no attendant. 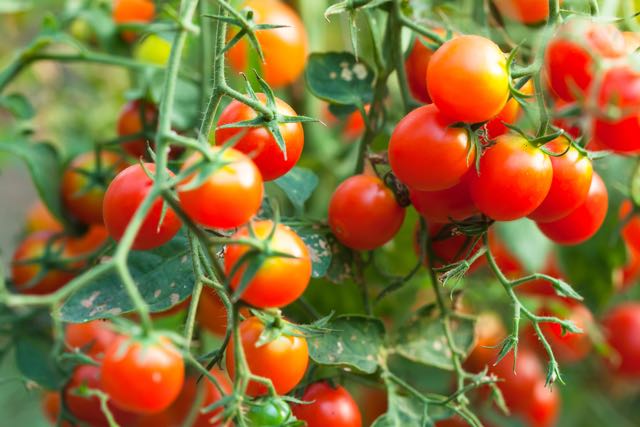 So what do you do if you suspect someone is pillaging your produce? Would you confront the person or ignore the problem and hope it goes away? (that’s me).

After all, what if you make a false accusation? What if you wrongly blame someone of stealing when in reality, it was an animal? How embarrassing that would be. You need proof.

But what if you caught someone red-handed plucking produce from you garden? Or maybe you have a hidden camera. Would you say anything?

How about if someone confessed later to helping themselves? 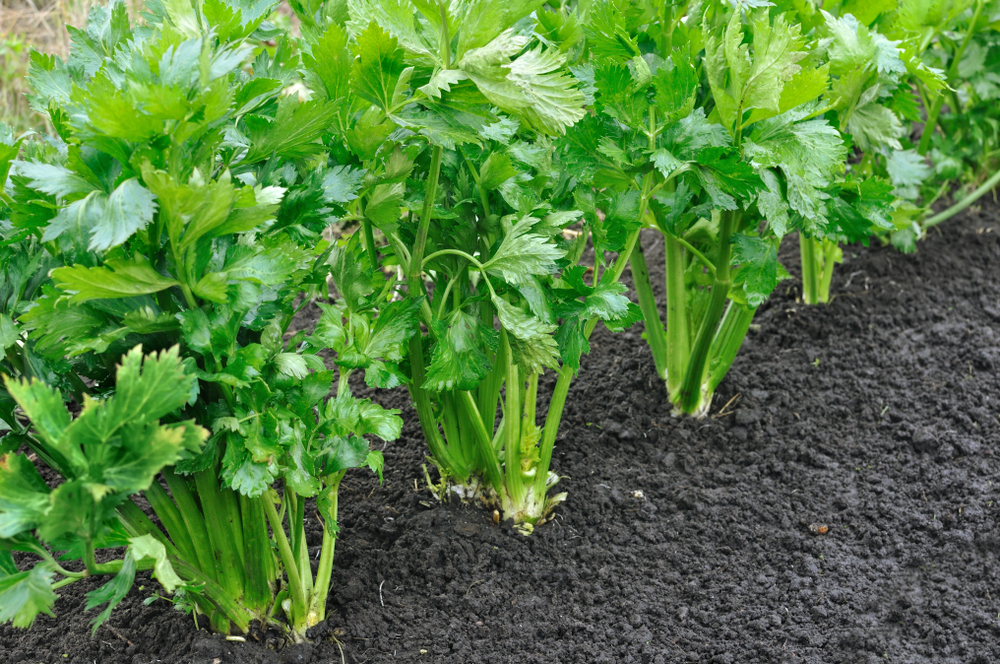 Does honesty earn any points with you?

The truth for me? Thievery doesn’t happen often so I can laugh it off. However, I know plenty of people who would not find it so amusing.

In fact, I know people who’d be willing to call the cops on a pillager. So is stealing worth it? Not in my book.

But confrontation isn’t an option for me either. I’m too much of an introverted doormat. Unless you touch my cherry tomatoes! Then it’s a full-blown war.

Tell me a good story about produce theft and make my day!

Previous Post: « Crazy for cauliflower & why it’s the king of veggies….
Next Post: How early is too early to mow the lawn? »